Where to find information on education, advocacy, and support for transgender and gender non-conforming children and youth and their families.

For families and youth who are transitioning, it is critical to have access to a wealth of resources that will educate, inform and support. This includes books, articles, therapists, medical doctors, community events and more. Special programming specifically for trans* youth will be listed here. Over the years we’ve received many questions from parents and caregivers regarding medical and social transition. Here are some of the questions and answers in an easy to read document. 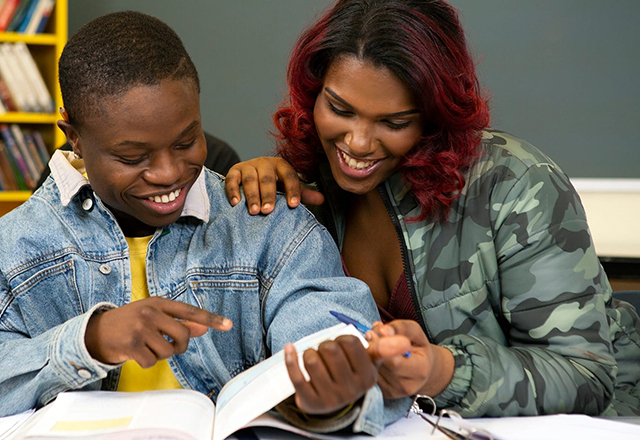 How can I help my trans child?
Six strategies to support your transgender teen:

Need information on your civil rights? Want to learn more about the threat of hate crimes and what to do if you are a victim? Check out these resources from the FBI: Hate Crimes Threat Guide | Hate Crimes and the FBI

Talking to your Pediatrician or Family Doctor (PDF)

Medical Tools For Your Gender Journey (PDF) via hormone.org

Self-Esteem Resources for Trans/Non-Binary Teens – includes podcasts and articles, for teens and their parents

Explore these articles from the Mayo Clinic and UCSF regarding puberty blockers for transgender and gender-diverse youth. Mary Bridge also has a good handout on puberty blockers.

If you are a trans man and getting ready for top surgery or a concerned parent, here are some pointers for packing and prepration. If you are just in the consult phase, here are some questions to ask the sugeon.

A list of surgeons noted for their Gender Reassignment surgeries. Stand with Trans also recommends the following surgeons:

Disclaimer: Our list of mental health professionals and gender-confirming surgeons is provided for informational purposes only. Stand With Trans does not provide mental health or medical services and does not take responsibility for any such services you may seek or receive.

A&A Laser in Winchester, MA, provides laser hair removal and electrolysis services for transgender people who need treatments for SRS/GCS, face and body work. Call or text Linda at (617) 964-1000 to schedule a consultation.

One of the key articles of clothing that transitioning FtM people need is a good binder. In order to appear more masculine, trans* guys want to minimize the appearance of breasts.

How to choose a packer

For those fortunate enough to successfully complete top surgery, the binders are no longer needed. You can donate your binders or get one from In a Bind, a program through the TransActive Gender Center.

StransForTrans.com – With an interactive map showing trans-affirming hairstylists around the country, Strand for Trans has the goal of is bringing gays, straights, women, men, anyone, together to create more trans-friendly barbershops and hair salons.

My child is transgender… now what?

If learning that your child is trans is very new to you, start with this guide just for you! Gain advice from parents who have walked your path, learn about community resources, support groups, and tips for having a conversation with your child’s school.

Many of you out there do not have the support you so richly deserve. As “Ally Parents” we have lots of LOVE and understanding to go around. Do you need a friendly ear to just listen? Do you just want to ask a question or say “hello?” It is so important to us that anyone who is transitioning or thinking about coming out has the tools they need. What we can offer is a kind word, a loving, virtual hug, or perhaps a suggestion or two. We will not judge.

The Coming Out Handbook

A resource from The Trevor Project, which includes tools and guided resources.

A great worksheet from Janna Barkin on adjusting to using your child’s new pronouns.

Be the Light Digital Toolkit

Based on content from the “Be the Light” series sponsored by the Jewish Women’s Foundation, the toolkit is designed for LGBTQIA+ folks, their families, and community.

AMAZE takes the awkward out of sex ed. Real info in fun, animated videos that give you all the answers you actually want to know about sex, your body and relationships.

​Camp Lilac is a summer camp in Ohio for transgender and gender diverse youth. The camp is a  safe, welcoming, and confidential space in which gender diversity is the norm. The program is designed so that campers emerge with an increased sense of confidence in their identities and a strong community of peers and supporters.

Schools In Transition: A Guide for Supporting Transgender Students in K-12 Schools is a first-of-its-kind resource providing a blueprint for safe, supportive and inclusive school environments for transgender youth. The groundbreaking guide, written for administrators, teachers, parents, and other adults who work with youth, covers topics ranging from basic concepts of gender and the importance of affirming gender identity to best practices for restroom access and working with unsupportive parents.

Pronoun Handout – A great resource for teachers and for students, where the student can share their chosen name and pronouns, with safe disclosure information for teachers.

Check out Stand with Trans’ college preparation resources, including our guide to Michigan colleges and universities and links to the Campus Pride, scholarships and more!

Helpful checklist to catch all of the various places (businesses, agencies, etc) to update your name after it has been legally changed

Sage Metro Detroit developed an info sheet explaining Michigan’s harmful Senate Bill 218 which — if passed — will deny transgender high school students from participating on sports teams that affirm their gender identity and force them to compete on teams that match the gender assigned to them at birth.

Transgender Law Center works to change law, policy, and attitudes so that all people can live safely, authentically, and free from discrimination regardless of their gender identity or expression.

A Guide for Trans and Gender Nonconforming Students.

Affirmations is a 501 (c) 3 nonprofit organization serving people of all sexual orientations and gender identities, housed in a state-of-the-art, multi-use facility in the heart of downtown Ferndale, at the Northern border of the City of Detroit.

A collective devoted to creating a safe space in which trans men in the greater Detroit area can build community, find support, and engage in activism.

Various support groups and resources at the University of Michigan in Ann Arbor.

Check out this support group for grandparents of LGBTQ+ folks, from the Spahr Center in Marin County, CA.

Little SMYALs is a group dedicated to 6-12 year olds to provide young people a safe(r) space to hang out and meet new people, access resources, and gain support.

The Trans Youth Equality Foundation provides education, advocacy, and support for transgender and gender non-conforming children and youth and their families.

TYFA empowers children and families by partnering with educators, service providers, and communities, to develop supportive environments in which gender may be expressed and respected.

Founded in 1972 with the simple act of a mother publicly supporting her gay son, PFLAG (Parents and Friends of Lesbians and Gays) is the nation’s largest family and ally organization. Uniting people who are lesbian, gay, bisexual, transgender, and queer (LGBTQ) with families, friends, and allies, PFLAG is committed to advancing equality and full societal affirmation of LGBTQ people through its threefold mission of support, education, and advocacy.

Check out videos with experts in mental health, endocrinology, legal matters, and more in our Facebook Live series.

We have compiled lists of transgender related children’s books, young adult books, books for parents, adult books, documentaries, movies, and television shows. If you have read a book or seen a film that is not on our list, please let us know so we can update our list.

Created and written by trans/gender non-conforming youth, the newsletter seeks to educate and empower their community.
Check out 2021, Issue 2

Putting Out the Trans Flags

The history behind the transgender flag, symbol, and colors.

The Fluidity of Language – This document provides a framework for understanding and resisting the ways in which our language tends to exist along a static gender binary that is not inclusive to all. Placing an emphasis on recognizing and celebrating the individuality of all individuals, we challenge the reader to evaluate the motives behind the language they choose.

Graduate and doctoral students frequently reach out to Stand with Trans, hoping we can share research opportunities with our audience as they seek to expand the knowledge base around transgender care and the transgender youth experience. If you are interested in a study that has been posted, please contact the principal investigator or contact listed directly!

If you are a graduate or doctoral student interested in having Stand with Trans share your project here, please email info@standwithtrans.org!